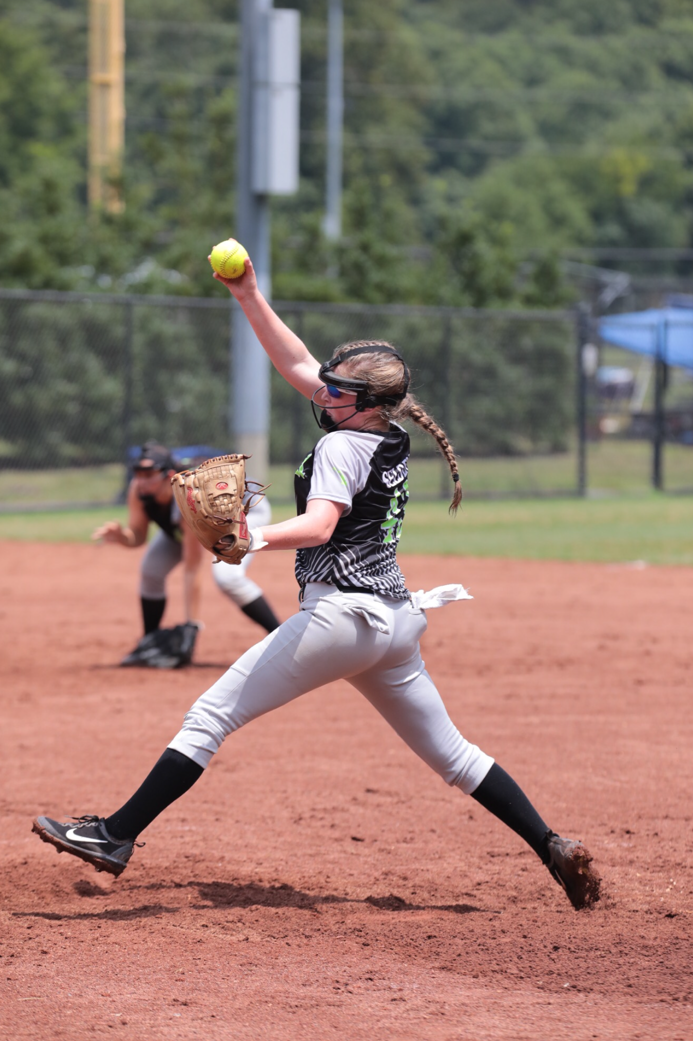 {"items":["8cfab5_b79c8923b7aa47739eaac0bf664dabb5~mv2.jpeg","8cfab5_881d18c7e20448ad860dcc5770474837~mv2.png"],"styles":{"galleryType":"Columns","groupSize":1,"showArrows":false,"cubeImages":true,"cubeType":"fill","cubeRatio":1,"isVertical":true,"gallerySize":300,"collageAmount":0,"collageDensity":0,"groupTypes":"1","oneRow":false,"imageMargin":5,"galleryMargin":0,"floatingImages":0,"chooseBestGroup":true,"smartCrop":false,"hasThumbnails":false,"enableScroll":true,"isGrid":true,"isSlider":false,"isColumns":false,"isSlideshow":false,"cropOnlyFill":false,"fixedColumns":2,"enableInfiniteScroll":true,"isRTL":false,"minItemSize":50,"rotatingGroupTypes":"","rotatingCubeRatio":"","gallerySliderImageRatio":1.7777777777777777,"numberOfImagesPerRow":"2","numberOfImagesPerCol":1,"groupsPerStrip":0,"borderRadius":0,"boxShadow":0,"gridStyle":1,"mobilePanorama":false,"placeGroupsLtr":false,"viewMode":"preview","thumbnailSpacings":0,"galleryThumbnailsAlignment":"bottom","isMasonry":false,"isAutoSlideshow":false,"slideshowLoop":false,"autoSlideshowInterval":4,"useCustomButton":false,"bottomInfoHeight":0,"titlePlacement":"SHOW_ON_HOVER","galleryHorizontalAlign":"center","galleryTextAlign":"center","galleryVerticalAlign":"center","scrollSnap":false,"itemClick":"link","fullscreen":false,"allowSocial":false,"allowDownload":false,"allowTitle":true,"allowDescription":false,"loveButton":false,"loveCounter":false,"videoPlay":"onClick","scrollAnimation":"NO_EFFECT","scrollDirection":0,"overlayAnimation":"NO_EFFECT","arrowsPosition":0,"arrowsSize":23,"watermarkOpacity":40,"watermarkSize":40,"useWatermark":true,"watermarkDock":{"top":"auto","left":"auto","right":0,"bottom":0,"transform":"translate3d(0,0,0)"},"loadMoreAmount":"all","defaultShowInfoExpand":1,"allowTitleExpand":true,"allowDescriptionExpand":true,"allowLinkExpand":true,"expandInfoPosition":0,"allowFullscreenExpand":true,"fullscreenLoop":false,"galleryAlignExpand":"left","addToCartBorderWidth":1,"addToCartButtonText":"","slideshowInfoSize":200,"playButtonForAutoSlideShow":false,"allowSlideshowCounter":false,"hoveringBehaviour":"APPEARS","thumbnailSize":120,"magicLayoutSeed":1,"imageHoverAnimation":"NO_EFFECT","calculateTextBoxHeightMode":"AUTOMATIC","calculateTextBoxWidthMode":"PERCENT","textBoxHeight":0,"textBoxWidth":200,"textBoxWidthPercent":50,"textImageSpace":10,"textBoxBorderRadius":0,"textBoxBorderWidth":0,"textsVerticalPadding":0,"textsHorizontalPadding":0,"titleDescriptionSpace":6,"customButtonText":"","customButtonBorderWidth":1,"customButtonBorderRadius":0,"loadMoreButtonText":"","loadMoreButtonBorderWidth":1,"loadMoreButtonBorderRadius":0,"imageInfoType":"NO_BACKGROUND","itemBorderWidth":0,"itemBorderRadius":0,"itemEnableShadow":false,"itemShadowBlur":20,"itemShadowDirection":135,"itemShadowSize":10,"imageLoadingMode":"BLUR","expandAnimation":"NO_EFFECT","imageQuality":90,"usmToggle":false,"usm_a":0,"usm_r":0,"usm_t":0,"videoSound":false,"videoSpeed":"1","videoLoop":true,"galleryLayout":2,"gallerySizeType":"px","gallerySizePx":300,"allowHover":true,"mobileSwipeAnimation":"NO_EFFECT","gotStyleParams":true,"showVideoPlayButton":true,"modifiedGallerySize":true,"selectedLayout":"2|bottom|1|fill|true|0|true","layoutsVersion":2,"selectedLayoutV2":2,"isSlideshowFont":false,"externalInfoHeight":0,"externalInfoWidth":0},"container":{"galleryWidth":2570,"galleryHeight":1440,"scrollBase":0,"height":null,"width":null}}
If you meet Emma Selden, she might remind you of every other pretty, blue-eyed, blonde-haired female Honor Student that you might meet from any high school anywhere in America. But that is where similarities end. Emma most likely faces greater challenges than most of her fellow Honor students.

Christine Rockey, Principal at Portland High School for the past 13 years, says, “Emma is a fighter! She is exceptionally diligent. She knows what she needs and goes after it”. Principal Rockey recently announced the PHS top 10 students for 2019-2020 and was thrilled, but not surprised, that Emma was one of them. Rockey explained, “Emma has missed so much school this year, over 40 days, due to her situation. (Emma has been hospitalized five times in the past 12 months at U of M’S Mott Children’s Hospital for periods of 4-5 days to two weeks due to having Cystic Fibrosis). And this was before the Governor suspended school on March 13th. Yet, Emma has maintained virtually all A’s, including three college classes she is enrolled in at Lansing Community College, as part of Portland’s 13th year program.”

Emma was initially diagnosed with Cystic Fibrosis when she was 6-weeks old. For the first five years, Emma was relatively symptom free and was never in the hospital. Cystic Fibrosis is a genetic disorder that affects mostly the lungs but can also affect the liver, kidney, pancreas and intestines. It is a lifetime diagnosis that is marked by episodes of frequent lung infections, coughing up mucus and shortness of breath. It affects about 1 in 3,000 people. The average life expectancy of those diagnosed is 42-50 years old. There is no known cure. The lung infections are usually treated by antibiotics and often hospitalization. Pneumonia is a common issue. It is a progressive disease that usually gets worse over time. Most people diagnosed eventually need a lung transplant. Lung failure is the cause of death for about 80% of people diagnosed with Cystic Fibrosis.

Emma Selden has refused to let Cystic Fibrosis dictate all aspects of her life. She played High School Volleyball as a Freshman and she has developed into a highly competitive softball player on a year-round travel team that has participated in Nationals and the Softball World Series. She excels at pitching. She told the Beacon that she is a good hitter but, “I get short-of-breath super-fast, like running to first-base.” She has hit doubles but rarely presses for a triple because she runs out of breath by the time she gets to second base.

Michele Selden, Emma’s mother, told the Beacon, “Most people have no idea that someone has Cystic Fibrosis. Children with this disease appear healthy to others. Parents who don’t live with this, or see it, have no idea how hard it is.” The Selden’s are part of a support network of other parents whose children have Cystic Fibrosis that is coordinated by the Cystic Fibrosis Foundation Michigan/NW Ohio Chapter. What is especially difficult for Michelle and her husband of 28 years, Jamey, is that an older daughter Samantha, also has Cystic Fibrosis. Their eldest daughter Molly does not. Rigorous parenting is required for children with Cystic Fibrosis due to frequent health issues especially sinus infections. Either Michele or Jamey are always home with Emma. One of the reasons is that a person with Cystic Fibrosis needs to receive lung percussion treatment 3-4 times a day. Historically this has meant that the child lays down and someone pats their back for 30 minutes to loosen mucus in the lungs. In modern times patients, like Emma, have had access to a heavy portable massage machine in their home that replaced physical messaging. Most recently, a portable, self-administered, electric, lung messaging vest, that replaces the more cumbersome machine has hit the market costing $15,000. It allows for increased family and personal autonomy.

Emma is required to take between 30-40 prescribed pills per day. Michele laid them out on the table and said, “I estimate these cost about $40,000 per month. Fortunately, we have great health insurance that is supplemented by Michigan’s Children’s Special Health Care Program”. The newest drug recently approved by the FDA in October,2019 is Trikafta. Michele says, “this drug is a game changer”. Trikafta promises to mitigate some of the more chronic episodes caused by Cystic Fibrosis. Michele gives Emma’s U of M Doctor, Antonia Popova, lots of credit for providing Emma’s treatment and improving her day-to-day life since she was 4 years old.

While most parents of adolescents are bemoaning the time their kids are spending on social media, social media for Emma has been a “life-saver”. Frequent quarantine can be extremely isolating. Consequently, Emma is on Facebook for up to 7 hours a day as she often has to self-quarantine and not leave home for fear of infections. “I thank God for Facebook”, Emma exclaimed. Social distancing is simply a fact of life. Emma cannot be near others who are sick because of potential cross-infections. When she is in the U of M hospital, she is in isolation. Michele travels to Ann Arbor every day that Emma is confined there, from her job in Lansing, so that Emma does not eat dinner alone. But, that is not the same as being connected to her peers. Two of Emma’s best friends also have Cystic Fibrosis and they spend frequent time together on Facebook. Emma does have other friends who do not have Cystic Fibrosis specifically, Olivia, Riley, and Jayden. They often “group facetime” together. When possible and its safe for Emma, they take trips to Target (Emma’s favorite store). Emma is also a “huge hockey fan” and loves to watch her cousin, Evan Blackmer, play.

Emma has been looking forward to attending her high school graduation this spring. “School has always been easy for me and I hate missing school!”, Emma told the Beacon. “I’ve missed so many things like school dances and fun, activity days at school”. In fact, when she learned that she finished in the top ten of this year’s PHS graduating class she refused to miss the group picture at the High School the next day in spite of having just been released the day before from the hospital in Ann Arbor. She showed up for the picture much to the surprise of one of her favorite mentors and supporters, Laura Hager, of the PHS Administrative staff, who affectionately scolded Emma for not practicing social distancing. Principal Rockey told the Beacon that not having a Graduation ceremony this year is an unacceptable loss for graduating Seniors and she is working with Superintendent Will Heath “to find a way to create an event so that Seniors like Emma can have the memory of it forever”.

Michele Selden said that Portland Schools have always been “very accommodating” to Emma’s situation. “Paige Patterson has been especially helpful”. Emma is also a member of the National Honor Society. For her NHS volunteer project, she sewed pillowcases for Mott Children’s Hospital at U of M. Principal Rockey said, “Emma has been receiving home-bound services from PHS but hasn’t really needed us. She is so focused and diligent that we haven’t needed to do anything for her.” Rockey said, “Emma is a role model for other students with or without a medical condition”.

Emma is a clearly a future-oriented young woman. You can see it when you look into her eyes and listen to her determination as she speaks. She acknowledges that Cystic Fibrosis is part of her life, but she also makes it clear that Cystic Fibrosis is not her life. While she has not decided on a college yet she is thinking “U of M or GVSU”. As far as a career she sees herself working in the Medical Field or, like her aunt Christy, as a Counselor. When asked if she has a boyfriend, she smiled while ignoring dad vigorously shaking his head no, and said, “Not yet!”

Emma turns 18 years old today. The Selden’s had arranged a family trip to San Diego, at Emma’s request, for Spring Break to celebrate her birthday. Her dad, Jamey, was stationed in the military there for four years and Emma has always wanted to go to California. However, the Coronavirus has changed all that. Instead Emma will celebrate at home with the family’s two dogs (Dixie and Sassy), two cats (Frankie and Millie) and with mom and dad roasting hot dogs and having Smores at a bonfire in the backyard. California is still on her list.

The Portland Beacon thanks Emma and the Selden family for the opportunity to share this story with the Portland Community. It is one of the many stories that makes our community what it is. The Beacon also acknowledges the fine work of the Portland school system in its efforts to help all the community’s children reach for success. We encourage you to consider generously supporting the Cystic Fibrosis Foundation Michigan/NW Chapter and the U of Michigan C.C. Mott Children’s Hospital.